As a provider of a best-in-class financial cloud solution, we know the advantages and benefits of the cloud, but we also know how overwhelming it can be when companies begin the search for a new cloud vendor.

In general, cloud computing offers a lower Total Cost of Ownership, higher reliability, better availability than on premise software, no IT maintenance, better sustainability, better automation, and better security. Choosing a cloud-based approach for your business can be a tremendous financial benefit, but how do you know you are asking the right questions to ensure you choose a provider who can address your concerns, exceed your expectations, and adapt with you? Diversity Limited published a great whitepaper detailing many questions companies should consider asking potential cloud vendors.

Here are a few questions I believe are the most valuable to address when considering a new cloud vendor:

While my list mainly focuses on the product’s criteria, I want to note the value of determining what is important to your businesses, not just general themes. Companies don’t always fit a standard list of attributes; each company has its own set of unique ways of conducting business and handling processes. It is also important then to feel comfortable with the solution provider you choose.

BTerrell Group, for example, is an Intacct Premier Partner, which means Intacct recognizes us for delivering “comprehensive, high quality services, support, and software to help companies get maximum value from their Intacct investment.” In our 24 years in the industry, we’ve always believed in the power of helping our clients achieve success to attain our goals. We stand behind Intacct as a trusted cloud solution, and we would enjoy the opportunity to discuss Intacct’s features and benefits that will help you maximize your potential and continue on the path to success. Contact us today for a free consultation.

What Defines a Cloud Solution?

The cloud is a hot topic in technology discussions and many software companies claim to be providing cloud solutions. But what really defines a cloud solution and does it matter if an application fits that definition?

In Cloud Computing magazine (Q2 – 2013), Matt Wallach, co-founder of Veeva Systems, defines a cloud solution as one that gives a customer “scalability, flexibility, and cost efficiency… built on a multitenant platform.”

“Multitenancy is the architectural model that allows vendors to serve all their customers from a single, shared instance of the application,” says Wallach. 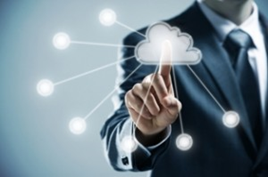 There are hundreds of alleged “cloud” products out there built to be on-premise/single-tenant applications. “Whether users access software through a private cloud or through the corporate server network on-premise, it’s still traditional, single-tenant client/server software (with traditional client/server limitations),” explains Wallach. “Multitenancy is the magic that makes cloud computing truly special, a disruptive technology,” he concludes.

“It is sometimes frustrating when we read or hear about some competitors with non-cloud solutions claiming to be on the cloud,” Stan Santiago, CTO of Docassist. “It is challenging to take any on-premise solution and truly move it to the cloud, so many companies resort to halfway measures that are not truly cloud solutions.”

BTerrell Group is hosting a webinar, Q&A with a CTO: Everything You Want to Know about Documents in the Cloud, on June 18th at 1:00 pm CT so you can get all of your questions about the cloud answered from the source. Attendance is limited!

I visit with accounting and financial automation end users every day. Often, the conversation turns to Intacct cloud accounting software. Remarkably, in the last three days, two different future advocates have made this exact same statement: “Well, we are pretty 'old school' around here.” Of course, that means they have concerns about keeping their books and records “in the cloud” instead of on a computer in the server room down the hall. What’s the source of these concerns? Is it concern about application security, physical security, or financial security? 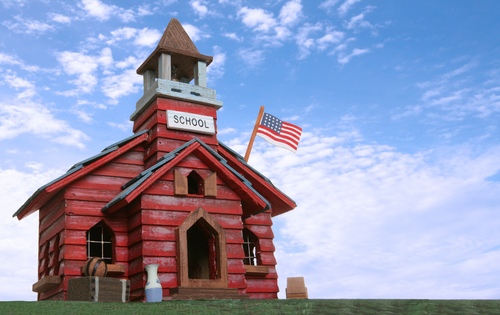 Intellectually, I don’t think an application (and/or data) security objection holds up for long. Unless, of course, someone has never banked online. Even if all one ever does is access their balance through the bank’s portal, they must concede their personal checkbook is “in the cloud.” How many people would play fast and loose with the intimate details of their day to day spending? In this sense, one’s reputation is only as secure as the cloud. And, the general population seems to have come down decisively in favor of the security of the cloud.

Fault tolerance (or physical security), which is the ability to recover from an infrastructure failure, provides a much more interesting challenge to the cloud. What happens if the data center blows up or the Internet disconnects or the State of California falls into the ocean? Both data centers and their software publisher clients must have good answers to these questions. That’s why an entire industry evolved certifying responsible parties on their fitness for fault tolerance. That’s why cloud computing providers invest in redundant power, redundant connectivity, redundant hardware, redundant data centers, redundant everything. That’s why it is easier to stow away on a 767 than it is to sneak into a data center. As long as a company’s data and applications reside under the care of a certifiably fault tolerant provider, the physical security of that company’s data is as secure as humanly possible. Who can deny that the combined resources of our cloud computing providers don’t greatly exceed the old days when we relied on the least senior person in the office to take the Friday night backup tape offsite?

What about the financial stability of our cloud providers? This may be the real “old school” issue. It’s as old as agriculture, because once folks started specializing in feeding others and trade was born, credit problems followed immediately behind. When it's all said and done, we have to perform due diligence on the financial wherewithal of all our mission critical suppliers, like the landlord, the bank, and the insurance company.We have to balance credit risk against the increased costs of building our own office, paying for everything in cash, or saving enough capital to replace that office, that reputation, that life. Pretty soon, we find we’re beyond the tipping point where “old school” becomes acceptable risk.

We can further explain how much you can save by outsourcing your accounting technology infrastructure. We think you’ll agree, when the facts are on the table, that a little education is all it takes to graduate from “old school.”

A Time for Thanksgiving

I exchanged opinions with new friends from California, Oklahoma and Illinois over lunch recently about the greatest inventions of all time. We make our living through automation and technology and are amazed and excited by the miracles technology allows us to experience every day. However, I was not surprised when no one mentioned cloud computing.

After all, take the invention of antibiotics. How many lives have these saved? Or microwave ovens, which to my knowledge has not saved lives, but are a really cool invention. Smartphones don’t rank highly, at least to me, among the greatest inventions of all time, but I am amazed when I communicate via FaceTime with my daughter in India as she commutes to work in an auto rickshaw!

I could go on and on, which my friends and I did until we came to several conclusions. First, even though we live in different parts of the country, we each claim to live in the greatest city, in the greatest state, in the greatest country, at the greatest time in human history. In addition, we decided we should spend more time thinking about what we have, as opposed to what we want. This really is the best way to think.

During our visit, I enjoyed both an early Thanksgiving and an excellent reminder that every day should be a day of Thanksgiving. I will spend more time thinking about what I have, rather than what I want, going forward. This simple practice completely changes the way I feel and is truly the greatest way to think!

© 2022 BTerrell Group, LLP - Dallas, Texas
This firm is not a CPA firm
All trademarks, service marks and registered trademarks are the property of their respective owners.