Sage 300 ERP: Save Time With Shortcuts!

Ever wonder how much time you spend switching between your mouse and keyboard when entering large amounts of data?  With these Sage 300 ERP shortcuts, you will no longer ask yourself this question.  The following Sage 300 ERP shortcuts allow you to navigate most screens by only using your keyboard.

Of course, using your mouse as well will be more efficient as you learn to use these shortcuts. But, over time taking advantage of some of these shortcuts may add up to hours of time saved.  Happy shortcutting!

This blog is a continuation on the Sage 300 ERP business intelligence journey using PowerPivot, and covers Purchase Analysis. 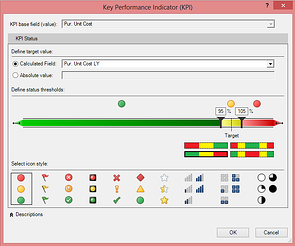 In the end, I gain insight into the purchasing operations while also producing the same results as I do with the standard Purchase History (please see the following two screen shots).

I hope you found this blog helpful as you continue to understand PowerPivot’s position and the level of professional services we provide here at BTerrell Group. Feel free to view the report in static form to grasp a better view of the look and feel.

Sage 300 ERP, formerly known as Sage Accpac ERP, has a long history that is older than even Sage Software (which was founded in 1981).  The software's origin can be traced back to 1976, when Don Thompson, Ted Comfoltey, Keith Wales, and Norm Francis formed the Basic Software Group.  The original product, marketed as Easy Business Systems, was first designed for the CP/M operating system, the original dominant operating system for microcomputers.  Here's a short recap of what happened afterward:

Computer Associates acquires Easy Business Systems and allows it to operate as an independent business unit. 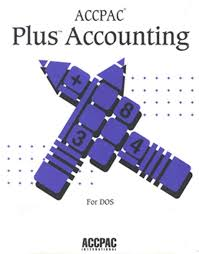 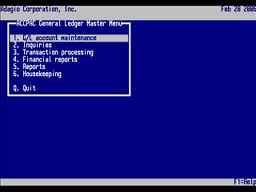 The first Windows version is released as CA-Accpac/2000, designed to utilize a client-server deployment.  The early versions  are developed in COBOL and proprietary Computer Associates development tools, and feature a macro creation tool. 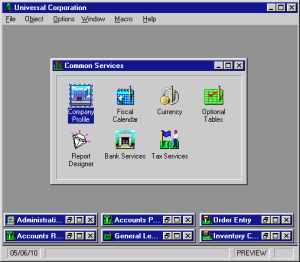 CA/Accpac International releases version 5.0 rebranded as Accpac Advantage Series.   The release introduces a multi-tiered architecture with a core business layer developed in C and a user interface layer developed in Visual Basic.  This hastens the development of 3rd party applications and custom interfaces. 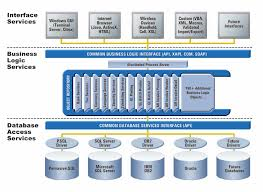 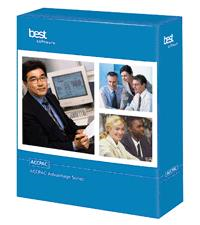 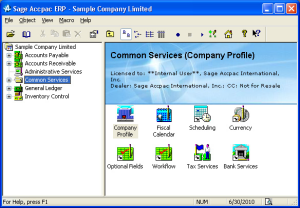 Sage introduces Sage ERP Accpac version 6.0 and the development of new user interfaces based on the Google Web Toolkit and SDATA. 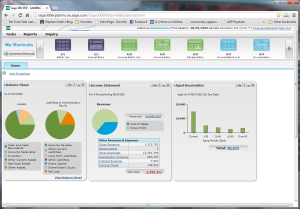 Sage 300 ERP 2014 is anticipated to be released by the end of October, 2013.  Sage 300 ERP continues to evolve to meet the challenges faced by SMBs, with emphasis on deployment flexibility, connectivity, and fast access to critical information.

BTerrell Group has been helping customers in Texas, Arkansas, Louisiana and New Mexico implement Sage 300 ERP/Accpac for over 20 years. We've got a team of experienced ERP professionals who love to help customers solve business issues with technology. Let us know how we can help you!

This blog is a continuation of the Sage 300 ERP (formerly known as Accpac) business intelligence journey using PowerPivot, and covers Sales History reporting.

Why bother to re-create the Sales History out-of-the-box report from Sage 300 ERP?

The very answer also applies to questioning why I would need Business Intelligence (BI) when I already have my reports. In some sense, it is like comparing financial accounting and managerial accounting – both provide information to support business decisions, but their consumer, format, span and depth are different. Reports usually require certain formats and are created for a set of period, such as fiscal year or period. On the other hand, BI is flexible in its format. Many times it has powerful visualization ability, and can be generated for any period of time such as daily, weekly or monthly. It is important for the BI solution to provide a holistic view of the business and be able to adapt to changes quickly.

As an example, I don’t like to break my train of thought during analysis by closing the report, re-selecting filters (if they are even available), and waiting for minutes if not hours to re-run the report. In addition, in the Sales History report case, I don’t want to limit the access to the report to my ERP users, I want the right person to access the right information anywhere, anytime and on any device.  I will discuss these (data stewardship and mobility) in the coming blogs after I have thoroughly covered Power BI.

Now let’s look at how the Power Pivot delivers the right information with ultimate flexibility.

In the 1st screenshot below, the grand total highlighted in green ties to the numbers in the 2nd screenshot which is from Sage 300 ERP's out-of-the-box Sales History Total Report, the invoice data highlighted in yellow ties to the numbers in the 3rd screenshot that from the Sales History Detail Report. This shows that the PowerPivot report had the right numbers, which gives me peace of mind that my reports will show accurate information. Moreover, without re-running the report, it is delivered in one shot.

In addition to the out-of-box report filters as shown in the screenshot below, you can see by looking at the slicers circled in the screenshot above, PowerPivot allows us to filter the sales history by week, by item segment 2 and 3, and by category. It takes me minutes -- if not seconds -- to re-group the output to analyze the sales, COGS and margin by item category, customer group, territory, sales person and other dimension attributes, thanks to the Excel data model. 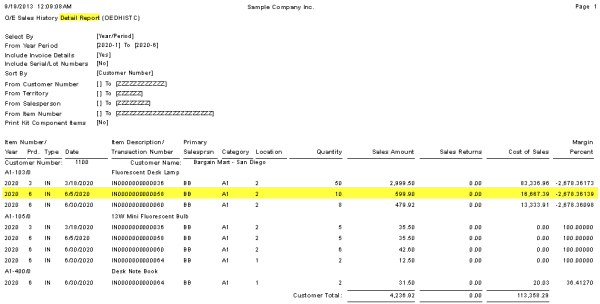 When I examined the report closely, I noticed that some sales had $0 cost, leading to a 100% margin. While this would be nice, it's certainly not accurate. This happened because the I/C item is set to use “Standard Cost” but the standard cost is set to $0. Plus, the data source used for the sales history report uses standard cost. To analyze the margin using actual cost, we need to change the data source. I will cover it the next blog.

Click here to get a static version of the reportto get a sense of the look and feel. I will share the actual report later after I complete other blogs in this series, which will cover Sales Analysis and Power BI, along with Purchase Analysis.

If you would like to learn more, don't hesitate to ask for a FREE 30-minute consultation from BTerrell Group...we'd be happy to help!

I built my business on automation, and often say I enjoy helping clients do more work with less effort. And, I sometime flirt with over automation, which occurs whenever an automation costs more to develop that it returns in savings. In other words, over automation results in doing less work with more effort. I feel disgusted when I fall into the over-automation trap; however, it occurs as an honest and overly optimistic outgrowth of technology curiosity that has other, not-so-easily measured benefits. I assure you that filing the Texas Workforce Commission (TWC) quarterly state unemployment tax report using Sage 300 ERP (formerly called Sage Accpac) does not fall into the category of over-automation.

Sage 300 ERP provides an out-of-the-box state unemployment report filing function, but I never used it. Shame on me…it might be even easier. However, since I can execute my method in minutes per quarter without thinking, I'll wait to read some other person's blog to get up to speed on the out-of-the-box Sage function. Until then, I'll just recite what I have done for more than 15 years (times three companies times four quarters per year).

Step 1 requires obtaining a TWC login for the state commission's self service web site. Note that I can file on behalf of companies that I do not own if properly authorized, and this helps the managed payroll service provider, bookkeeper or CPA firm provide this service for a client.

After setting up my online account, I print Sage 300 ERP's Payroll Quarterly Wage Report by Employee to Preview and export to Excel. use the "data only" format, and I export directly to the application. After choosing the Format and Destination, accept all of the default selections in the export function: 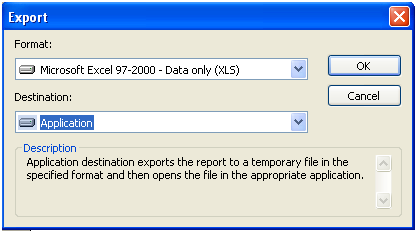 Delete all columns except SSN, Last Name, First Name, Middle Name, and Total Earnings. Total Earnings, in this case, represents quarter-to-date total wages. Texas asks only for these five columns. I then move First Name and Middle Name to be between SSN and Last Name using the cut and paste command applied to the entire column. Next, I add up the Total Earnings column and tie it to the original report, which I leave open in the Preview window for this purpose. If the total ties to the report, delete the total and delete the first row. We no longer need the column headings and we no longer need the check total.

Save the file under an appropriate name in an appropriate location. Remember, the wage information for the entire company should be carefully managed. Log in to the TWC Employer Services web site, choose the correct Employer record (if managing several employers), and upload the wage information from the file. If there are any records containing zeroes in the Total Wages row, the site will ask if it can delete those records. Answer yes and tie in the results to the check total, which may still be open in the Preview window. Follow instructions for filing the report and remitting the payment.

Payment remittance can be made by credit card or by bank transfer. Alternatively, the website can prepare a remittance advice that I can then print to paper and mail in with my check. The online payment or check must be remitted by the last day of the month following the end of the payroll quarter.

22 years ago, when I first began to use the product formerly known as Accpac, I wrote a special report to print the TWC continuation pages using a dot matrix printer. If you remember what a "continuation page" is or even what a dot matrix printer is, then you are a veteran. choose my words carefully here, as I am a veteran, too! However, my time as a payroll veteran draws nigh…please look forward to an upcoming post on why I believe fewer and fewer SMBs will be doing their own payroll over time.

© 2020 BTerrell Group, LLP - Dallas, Texas
This firm is not a CPA firm
All trademarks, service marks and registered trademarks are the property of their respective owners.